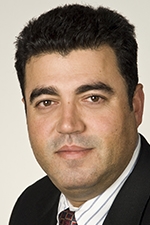 Dr. Merhi received a bachelor of science in biology from UQAM in 1983, a master’s degree in biology/pharmacology from UQAM/INRS-Santé in 1985, and a doctorate in experimental medicine from Université Laval in 1989. After completing three years of postdoctoral studies, he was recruited in 1992 by the Montreal Heart Institute (MHI) as an independent researcher in affiliation with the Department of Medicine at Université de Montréal (UdeM), where he has been a full professor since 2007.  Dr. Merhi received fellowships from the Heart and Stroke Foundation of Québec (HSFQ), the Heart and Stroke Foundation of Canada (HSFC), and the Fonds de la recherche du Québec – Santé (FRQS) as a Junior 1, Junior 2 and Senior Clinical Research Scholar. He has received continuous support from the Medical Research Council (MRC) of Canada and then from the Canadian Institutes of Health Research (CIHR) and the HSFC. Dr. Merhi has also participated in a number of translational studies on antiplatelets and anticoagulants that are supported by pharmaceutical and biotechnology companies. Dr. Merhi has published nearly 100 original scientific articles, reviews and book chapters. He teaches at the undergraduate and graduate level and has supervised approximately 30 students taking graduate studies and postdoctoral fellowships. His research work on blood cells and platelets involve collaborations with a number of researchers at the MHI, UdeM, Polytechnique Montréal, École de technologie supérieure (ÉTS), McGill University and Université Laval.