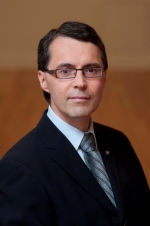 His research covers the molecular and genomic aspects of atherosclerosis and related diseases and also involves animal models, mechanistic and observational clinical studies as well as early clinical studies and large international randomized clinical trials. Dr Tardif is or has been the international principal investigator or part of the study leadership of several large clinical trials in the field of atherosclerosis and other cardiovascular diseases. Dr Tardif and his team have created the Beaulieu-Saucier Pharmacogenomics Center at the Montreal Heart Institute and he has created the Center of Excellence in Personalized Medicine, the latter funded by the Network of Centers of Excellence of Canada and which is also supported by multiple pharmaceutical and biotechnological companies.

Dr Tardif has authored more than 600 scientific articles and has won multiple awards during his career, including the Research Achievement Award of the Canadian Cardiovascular Society, the Distinguished Lecturer Award of the Canadian Institutes for Health Research, the Genesis Award of BIOQuébec (for his outstanding contributions to life sciences) and the Armand-Frappier Award of the Government of Québec (the highest scientific honour). He was also named scientific personality of the year by La Presse newspaper. Because of his accomplishments, Dr Tardif was named Fellow of the Canadian Academy of Health Sciences (FCAHS) and was recently inducted in the Order of Canada (the highest distinction in the country).