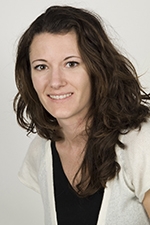 Dr. Rivard graduated in medicine from the Université de Lariboisière in Paris in 1993, and she obtained her specialist certificate in cardiology in France in 1999 and in Canada in 2009. From 2004 to 2006, she did a 3-years training in research and in clinical electrophysiology at the Montreal Heart Institute. She then practiced as a clinical electrophysiologist at the Centre Universitaire de Lyon in France from 2006 to 2008. In 2009, Dr. Rivard completed a subspecialty in electrophysiology in the field of transcatheter ablation of atrial fibrillation, and of ventricular tachycardia at the Université de Bordeaux, in the department of Prof. Michel Haïssaguerre.

She is an active member of the department of medicine of the Montreal Heart Institute in the electrophysiology department since 2010. She is specialized in transcatheter ablation of complex procedures (atrial fibrillation, ventricular tachycardia and epicardial access), as well as in patients follow-up at the genetic clinic (Brugada syndrome, long QT syndrome, sudden death, right ventricular arrhythmogenic cardiomyopathy). Her research activities focussed on anticoagulation in atrial fibrillation and ventricular tachycardia. She is currently the principal investigator of the BRAIN-AF study about the low-dose anticoagulation in patients with atrial fibrillation and at low risk for stroke. This study is sponsored by the Canadian Stroke Prevention Intervention Network (Canadian Institutes of Health Research). Moreover, Dr. Rivard obtained the Fellowship Award from the Canadian Stroke Prevention Intervention Network in 2014.

She is the director of the electrophysiology teaching and fellowship program of the MHI. This program annually welcomes 4-6 cardiologists across the world in order to specialize in electrophysiology in our institution.