Professor of medicine, University of Montreal 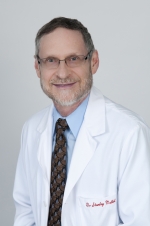 Dr. Nattel received his MD from McGill University in 1974 and trained in Internal Medicine and Clinical Pharmacology at McGill between 1974 and 1978. He obtained Cardiology clinical and basic research training at Indiana University and University of Pennsylvania (1978-1981) before joining the faculty at McGill in 1981. In 1987, he transferred to the University of Montreal and Montreal Heart Institute, where he directed the Research Center between 1990 and 2004. He is presently Paul-David Chair in Cardiovascular Electrophysiology at the University of Montreal and Director of the Electrophysiology Research Program at the Montreal Heart Institute, where he continues to practice clinical cardiology. He is Editor in Chief of the Canadian Journal of Cardiology, Associate Editor of Heart Rhythm and an Editor of the Journal of Physiology, and is on the editorial board of Circulation Arrhythmia and Electrophysiology, Circulation Research, Cardiovascular Research, Journal of Molecular and Cellular Cardiology, Journal of Cardiovascular Pharmacology, Nature Reviews in Cardiology and Drugs. His research focuses on clinically-relevant mechanisms of cardiac bioelectricity, particularly atrial fibrillation, proarrhythmia, cardiac remodeling, ion channel molecular physiology and mechanisms of drug action. His lab uses molecular, cellular, whole-animal and theoretical methods to gain insights into clinically-relevant basic mechanisms and identify novel therapeutic targets. He is also involved in multiple clinical trials, particularly in the area of atrial fibrillation. He has authored over 400 scientific articles in peer-reviewed journals and is a Fellow of the Royal Society of Canada, the Royal College of Physicians of Canada, the American College of Cardiology and the Heart Rhythm Society.