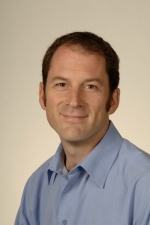 The goal of his research is to discover the genetic risk factors of rare (monogenic) diseases and common (polygenic) diseases and to uncover the biological mechanisms that determine how these genetic variants influence the risk of developing these chronic diseases.Dr. Rioux is the founding member of four international consortia in the field of genetics. He has also written over 150 publications, including a number of articles in prestigious journals, such as Nature, Science, Nature Genetics, and The New England Journal of Medicine.

Laboratory in Genetics and Genomic Medicine of Inflammation