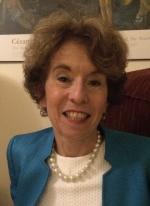 Active member of the Montreal Heart Institute Research Centre since 2014, Lucie Parent is also an associate member of the membrane protein study group whose she was the director from 2010 to 2014. She is also professor at the department of integrative and molecular physiology.

Dre Parent has graduated in chemistry (B.Sc. University of Sherbrooke) and in biophysics (M.Sc. University of Sherbrooke). She obtained her Ph.D. in Physiology from the Université de Montréal before continuing her postdoctoral training at the Baylor College of Medicine in Houston, Texas, and at the UCLA in Los Angeles, during which she improved her knowledge in cellular electrophysiology, and in molecular and structural biology. She began her career as independent researcher at the Dept Mol Biophys and Physiology in Houston, before coming back to the Province of Quebec to join the department of physiology of the Université de Montréal. Lucie Parent is very active in the editorial committee of the Journal of Biological Chemistry, and she sat for a long time in numerous grant evaluation committees in the cardiovascular field. Dr.Parent’s research projects are grant-aided since many years by the Canadian Institutes of Health Research, the Stroke and Heart Foundation of Canada, and the Natural Sciences and Engineering Research Council of Canada. She has more than 55 articles, 100 communication abstracts and 4 book chapters as publications.

In 1996, Dr.Parent earned the Jonathan Ballon Prize from the Heart and Stroke Foundation of Canda – Quebec section.

In 2013, because of her skills as teacher, she earned the annual “Prix de l’Excellence en Enseignement aux Études Superieures” from the faculty of medicine of the Université de Montréal.