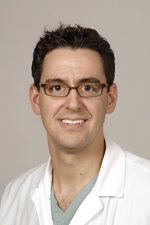 Dr. Macle received his degree in medicine from Université de Sherbrooke in 1993 and his specialty certification in cardiology in 1999. From 1999 to 2000, he did a year of training in clinical electrophysiology at the Montreal Heart Institute (MHI). He then did a subspecialty in electrophysiology (clinical and research) from 2000 to 2002 in catheter ablation for atrial fibrillation at the University of Bordeaux under Professor Michel Haïssaguerre.Since 2002, Dr. Macle has been an active medical staff member of the Department of Medicine in the MHI's Electrophysiology Service. He specializes in catheter ablation for the treatment of atrial fibrillation, and he has written many scientific publications and books in this field. His research activities focus on the development of novel catheter ablation technologies and pharmacological manoeuvres during pulmonary vein antrum isolation procedures to treat atrial fibrillation.  He received a research fellowship from the Canadian Institutes of Health Research for his projects.

An associate professor at Université de Montréal, Dr. Macle is involved in teaching and continuing education in electrophysiology, as he is the Director of the Fellowship and Teaching Program in Electrophysiology at the MHI. Each year, this program receives 4 to 6 cardiologists from countries around the world who come to the MHI to specialize in electrophysiology. Dr. Macle is also Chair of the Education Committee of the Canadian Heart Rhythm Society.